If you still have questions or prefer to get help directly from an agent, please submit a request. We’ll get back to you as soon as possible.

Using the following UI, synchronization requests can be viewed: 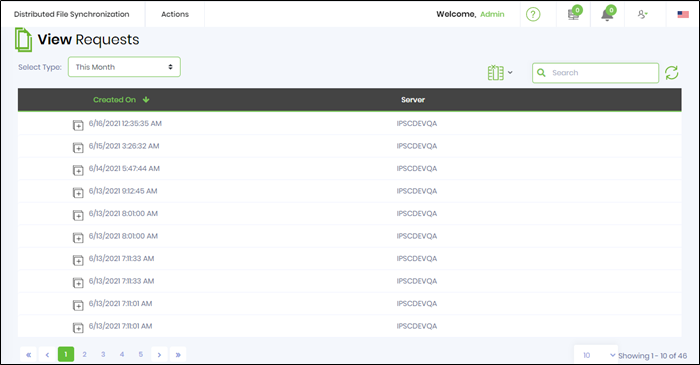 For distributed file synchronization to work, make sure distributed environments are turned on under the Status->Distributed menu.  Also, make sure the DFS engine service is running.

DFS connectors can be managed using the following UI. In the new version 9.10, DFS connectors are displayed as a table view instead of a box view as shown below.