If you still have questions or prefer to get help directly from an agent, please submit a request. We’ll get back to you as soon as possible.

The parallelFor step lets you iterate over a bunch of steps; the workflow will dynamically grow at runtime based on the keys provided within the step configuration. Steps must be placed between the parallelfor step and the parallelforend step as shown below in the diagram.

The parallelForEnd step lets you define the end marker step. 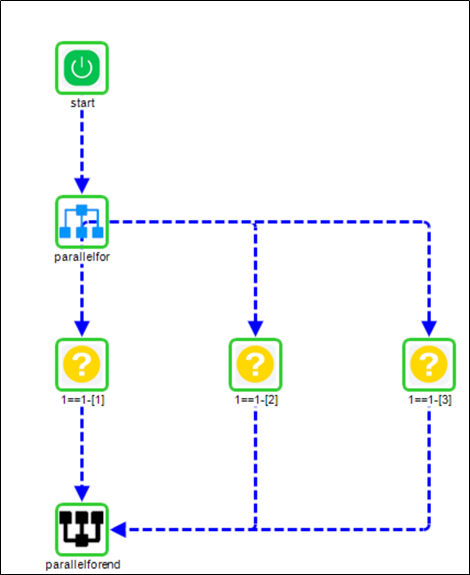